A short sentence describing what someone will receive by subscribing

We are the official and sole distributor of the KAYO MINIGP MR150 race bike in the UK and Ireland. Kayo MiniGP bikes are being used all over the world in competition from USA to Europe and Asia and off course the UK and Ireland. From the novice rider to the the motogp star, Kayo minigp bikes offer something special to all levels of riders. There is now a huge opportunity for race clubs in UK and Ireland to avail of the KAYO MiniGP, so it can be used in competition at the British Minibikes and Irish minibike Championship or by top rider to practice during the winter monthns.

As the price of the motorcycles increased in years gone by, fewer people were able to get involved in the sport and with the banning of 2-stroke motorcycles, new motorcycles were no longer available. During these times, many great motorcycle racers came out of minigp racing. Top names such as Nicky Hayden, Jake Zemke, John Hopkins and many more all used minigp motorcycles to hone their skills and later went on to racing in bigger competitions.

Kayo's minigp was designed to fill the void, providing a racing quality motorcycle at an affordable price. Riding a minigp bike, riders use the same techniques as those used while riding bigger superbikes or GP bikes. Because the minigp motorcycles are ridden on smaller karting tracks, the lower speed makes pushing to the limits less risky than riding bigger motorcycles, and allows the rider to confidently explore the limits of the motorcycle. Lower running costs also allows more people to get involved without huge investment. Minigp racing is for riders from 7 years old an up and many of the enthusiasts are adult riders.

The Kayo minigp are the perfect motorcycle for young riders to learn on, and could be a stepping stone for greater things to come. For the older riders, it's a great way to get out and race, but still be able to go to work on Monday. Minigp racing is a great way to get out, have fun meeting new friends, and a great bonding experience for families who love racing. See you at the track!

Korie Mcgreevy BSB 2019 Superstock 600 Champion and 2021 BSB Supersport competitor uses his Kayo MR150 for training during winter on different karting tracks across the country." The Kayo MR150 is the ideal training tool for racers like myself, it’s reliability and fair price makes it the ultimate option for me to sharpen my riding skills along with the bikes similar scaled down characteristics similar to my British supersport machine. Definitely recommended for racers and newcomers."
Korie McGreevy  - BSB Superstock 600 champion 2019 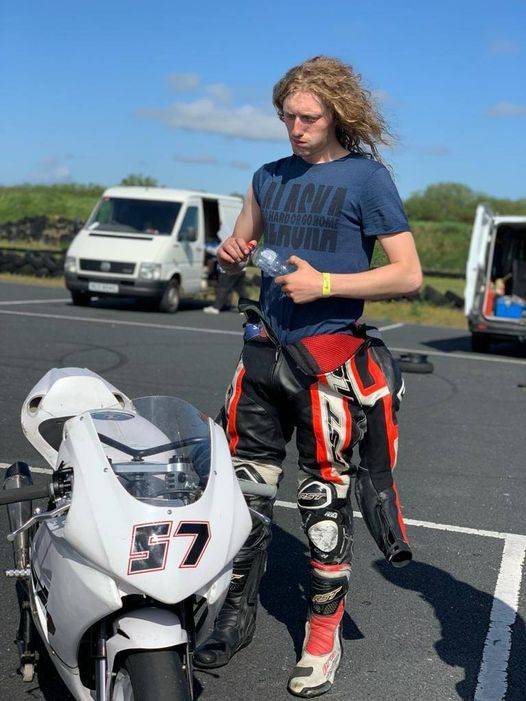 Shop Online With Peace Of Mind